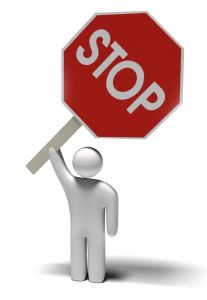 So I’m sitting on our fav patio having my usual grande non-fat, no foam latte, (the specifics of which you should know in case you ever want to “treat”) pretty much minding my own business, when the woman sitting at the next table strikes up a conversation. It wasn’t one of those really interesting conversations that people sometimes have over a cuppa. To be honest, I can’t really remember what triggered the chit chat but I’m pretty sure it was along the lines of “Wonderful day! Nice that the weather has finally warmed up. Afterall, it is July.”  a commonly expressed sentiment in my part of the world. Or perhaps she commented on someone walking by dressed, to be polite, unusually, confident that my opinion would mesh with hers. And although our encounter was short it was clear that in some way, if only in her mind, she and I had grown close, by whatever metric one can measure closeness between two, until that moment, strangers.

I know this must be the case because a short while later, and after we had both comfortably returned our attentions back to our regular coffee partners, she got up and walked toward the door of the cafe, stopping just long enough to look me straight in the eye and proclaim, in the most matter of fact way that “coffee goes right through me.”  Just like that. She stopped to tell me she had to go to the bathroom and pretty much what she was going to do there. This person who I had, in the broadest sense of the word “known” for just short of ten minutes, shared with me what I would consider to be one of the most private of bodily functions. Now I know that some people would shrug this sort of thing off with the oft, perhaps even overused saying we have come to know as TMI (too much information) but not I. For me, this open and rather uninhibited disclosure was simply a thing I did not need to know (TIDNTK) at all. Because I don’t. I don’t need to know anything about anyone else’s bodily functions. I mean it’s enough that I have to deal with my own which, if you don’t mind my saying, can be problematic in of themselves.

As I reflected on this encounter I realized that there are other TIDNTK. Like secrets. Now I love a good secret as much as the next person but here’s the problem. As you may recall (and if you don’t, as always you can read about it here) I don’t have the very best memory. So when you tell me a secret one of two things is going to happen. There’s a very distinct possibility that I’m going to forget what you told me which is probably the least of two evils, but nonetheless makes the whole exercise rather pointless. The more problematic outcome is that I’m going to remember what you told me but forget that “don’t tell anyone but…” part of the conversation, rendering the aforementioned “secret” less so. Which is never a good thing.

Finally, and this is by no means a comprehensive list, I never need to know how much you paid for anything. Now this may surprise some of you who know a little bit about my background since, my Mother at the ripe old age of almost 99 (maybe that’s something you didn’t need to know) can, at a moments notice, rhyme off the price she paid for each of the 6 steaks she served for dinner on July 8, 1963. So if I did want to know prices I would have come by it honestly. But the thing is I don’t. You see, if I bought the same item and paid more for it than you did, I’m just going to feel bad. And if you paid more for it than I did, well what good is that going to do you? If we paid the same then I suppose I knew all along what you paid, so what did I gain by your telling me? And then there is always the chance that you tell me how much you paid for something just to let me know that you could. Silly, because that will likely result in my being judgmental and thinking about how stupid you were to pay so much and not wait for whatever it was to go on sale. Because everything always does.  And that’s what I would do if only to avoid the aforementioned “feeling bad” thing. So, as you can see none of this is good, ergo best not to know in the first place.

I’m sure there are many more TIDNTK but they’ll have to wait ‘cause I gotta run. Must have been something I ate.