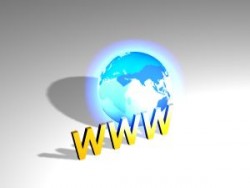 More than anything, I want this blog to go viral. Ok, not more than winning the lottery, but more than most anything else. Perhaps this level of desire in a shallow person confuses you as up until now you may have had the impression that not too much moves me one way or the other most of the time. Honestly, except for the blog, not much does. Other than my family of course which, even if they didn’t I would be obligated to mention at this juncture since some of them actually read this. But they do. None of the aforementioned withstanding, I imagine the question that is running through your mind at this very moment is “Why?” “Why on earth does she want her blog that she doesn’t even write once a week, to go viral?” to which the only reasonable response would have to be “Why not?”.

Let’s face it. People these days appear to be obsessed with sharing stuff. And most of them are of much lesser quality and frequency for that matter, than this blog, if you don’t mind my saying so myself.  And I can say this with some authority because each and every time I log into Facebook I am bombarded with a plethora of videos, ranging from the inane to the absurd, that someone, somewhere decided to share with someone somewhere and somehow without even a modicom of effort on my part, I end up right smack in the middle of all the sharing. Sometimes I click on one or two of those links but invariably, by the time I get there, over one million others have too, which makes me feel just a little less special but does get me wondering. I mean, who was the first person, the first guy or gal to share that particular link because, as we all know, in the beginning there was one. One single person made whatever it is that me and a million or so others are looking at, go viral. But even with all that traffic and attention, it’s not all good.

Take all the “cute kids dancing”, “cute kids talking to each other”,  “cute kids destroying the house”, and lest I forget to mention the “cute kids being scared out of their minds by their idiotic parents who just want to post on YouTube”  videos. It’s not that filming kids is anything new. In my day your Father filmed you for hours and hours swinging on a swing, going up and down, up and down. Then he had to send all that film to the lab to get developed subsequently spending hours at his little editing and splicing machines putting it all together to ensure there was no break in the action.  On Friday night everyone was invited to the house to celebrate the Sabbath and watch the hours and hours of footage of me swinging on a swing looking very, at least to my parents, cute. Ok, maybe that was just my house but, suffice to say, when we woke our guests up at the end of the night it was pretty clear that no one was really interested in watching cute kids do stuff that cute kids do unless they were their own cute kids. Today however, a million people not only watch but see fit to share these “kids that no one other than their parents and a few neighbors really know” with another million people and before you can say Jack Robinson you’ve got yourself a truckload of viral kids.

Don’t even get me started on the cats. Let’s face it. Anyone who has ever shared their abode with a feline friend, as I have for the past thirty years, (well not the same one for all of them) knows that if you happen to come upon a grumpy one, it’s no picnic. Just about everything in your house is transformed into a scratching post and as if that’s not bad enough, you’ll soon discover there’s no need for that enviro alarm clock with the ocean surf and babbling brook sound options. Nope. You’ll be awoken well before dawn to Mr. Grump’s yowling as he makes his way through each room of your house in a way that lets you know he pretty much owns them all. So what may I ask would possess over 15 million people to not only watch a little critter’s videos but to succumb to wearing “Keep Calm and Stay Grumpy” t-shirts, an adaptation of the popular saying that I’m not even sure makes any sense. And just to add a little insult to the injury, “Tardar Sauce” (yes, that’s his real name) is not even grumpy. Yet, somewhat inexplicably, he is viral.

Here’s my take on it. It seems to me that this whole viral thing is somewhat random and, in better than a few cases, more hype than substance. So while this blog is neither cute nor grumpy (well on occasion perhaps it is that) what’s to stop it from going viral? I mean, why not? So please know, If any of you want to be “the one” you have my blessing to make it happen. And now that I’m thinking about it, “Keep Calm and Stay Shallow” could work.