I should have known 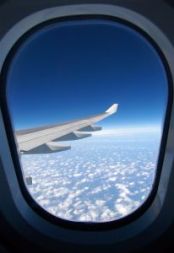 I’ve been sick. Not earth shatteringly sick. Not the kind of sick that people should worry about. I mean I haven’t spent the last month ticking off the boxes on my “things I need to do before I die” list. Which, as you know, I don’t have but if I did, this would not have been the time to use it. Really, I should have known. About three weeks ago I got off a plane, one that I had spent five hours sitting on beside my friend who had a cold. She can’t help it. She has little kids and that’s what happens when you have little kids. But I don’t so I can only conclude that you don’t have to have little kids to get sick if you are sitting beside someone who does. For five hours. On a metal tube without any real ventilation. It’s not like I could have opened the window and stuck my head out to get some fresh air. They frown upon that on a plane. So there wasn’t too much I could do except sit there and get sick. Hence, for the past three weeks I have not been feeling that great.

Looking back at it now, as one often does when one finds oneself in situations such as this one, the worst part was not the sneezing, the sore throat or the alternating between too hot and too cold for no apparent reason. For sure, none of those things were that great. The clincher was the coughing, mostly because one day I coughed so much that I pulled a muscle in my back. And that’s what’s been keeping me up at night and making my life generally miserable for the past three weeks. It’s also why I haven’t posted on the blog which is really what all of this has been leading up to. As a shallow person you would think I wouldn’t have to explain my absence but I do. Because it there is one thing I’m not shallow about, it’s the shallow blog. Ironic, isn’t it.  Ok, enough with the kvetching (google that if you need to). I’m starting to feel better so here I am.

Now I should tell you that five hour plane ride took me to the land of a million theme parks and I come to that number only because I figure if you have a theme park called the “Holy Land Experience” it has got to be one in a million. And, in retrospect, as prudent as it might have been to have used my shekels to have Jesus (yes apparently he was resurrected, at least for this gig) heal my ills, I didn’t make the trek to the Promised Land on this trip. Instead, I chose to meander through the rather more secular and pedestrian world of Universal Studios where the wizards carry wands rather than sceptres. So, in keeping with the whole movie theme, I had decided to share my experience of that day by relating to you “the good” (the Simpson’s ride has got to be my most favourite ever!) “the bad” (we walked 9 miles in that hot, sticky weather and by mid-afternoon I had little choice but to shove my no longer sleek hair into the hat I had so fortuitously brought with me) and “the ugly” (given the number of amusements I had to pass on due to their propensity for making riders either very wet or very sick I figure this outing cost me about 20 bucks (yea, that’s U.S.) a pop).

But I didn’t write about any of that because, as you now know,  I got sick. Which is why, instead of reading all about what I did while I was at the conference you have instead, just finished reading this.