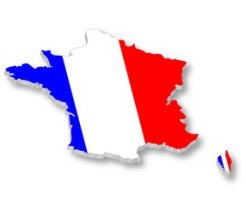 Who would have thought that this shallow gal would spend not hours, not days, not even weeks, but months planning for a trip that won’t take place for quite some time.  Better yet, who would have thought she would revert to her ‘60s vernacular, using “trip” as in “Hey Man. That far out tie dye caftan you’re wearing is a real trip! I’d pick up some threads like that if only I had the bread.” Well you wouldn’t think so but here I am doing both. Mostly planning though since honestly, I don’t really talk like that. Anymore. The thing is, of late, most of the trips we take require a rather minimal amount of planning and organization primarily because we have returned to the same place for the past 8, 9, or could it be 10 years. And when you do that, once the first year is under your belt, the rest is gravy really. Pretty much a slam dunk. You book, you pay, you pack, you fly (or foolishly decide to take a road trip) and in the twinkle of an eye you’re making your way along the beach to your favourite Starbucks where you sit, sip, sun and watch a very familiar world go by. Simple. So you would think there’s no real reason to mess with a good thing. And there isn’t. Until there is.

So here’s what happened. A very old friend (he’s actually not any older than I am but I have known him for a very long time) and I got talking about where we go and what we do when we get there. Seems he and his wife have a grand ol’ time in the south of France where the croissants are buttery and the coffee rich and dark. One thing led to another and before I knew it, I somehow started thinking about doing what we usually do somewhere else. I mean, why not? And that’s how we got to where we are now. Planning a trip that’s entirely different from the trip we usually take. Now you would think that would be a “good thing” which of course it is, but it’s also just so freakin’ hard. (Oops, those ‘60s are rearing their ugly head again.)  Which is why I have been spending oodles of time planning. I know. You’re wondering what could possibly take so long and be so complicated? Well thanks for asking ‘cause I was just about to tell you.

First things first. That big, old, red workhorse of a suitcase of mine has seen better days so I’m thinking if I’m going to venture into the fashion capital of the entire world I better get myself something a little more stylish. And practical of course. Who knew that shopping for a suitcase these days means more than deciding on black or red? Drop down to your local luggage provider and you will be shocked, like I was, when you see how much there is to figure out. Hard or soft. Big or small. Two wheels or four. Lightweight, extra lightweight or “won’t be able to lift it off the carousel” weight. To make matters even worse, there is definitely potential for me to pick up a little number that could pretty much double the budget for the entire trip. Back home to do some research only to find out that no matter what, there’s a pretty good chance at some point on this journey of mine I’m going to end up dragging my case “sans une roue” along those ancient cobblestone streets. Gotta tell you. The jury’s still out on this one.

Should I ever find just the right suitcase I’m pretty sure I’m going to need a place to park it. The thing is, there are just so many of them out there. The last time I embarked on an adventure like this, finding a place to stay was easy peasy. (Not sure where that came from. Trust me. I have never said “easy peasy“. Never in the 60s; never now). But it was. Since there was no real way of knowing what was out there, the best one could do was find some hotel chain with a 1-800 number and give them a dingle. Room booked. Maybe there was something better. Maybe not. How would you ever know? But now. Now the world is your oyster and all it takes is a keystroke or two to have access to thousands of possible places to rest your head, what with everyone and their brother renting out spaces. Not only that, “the google” lets you walk around all of the surrounding blocks which truly is the next best thing to being there. Possibly better. And just in case you’re still not sure, there are several hundred people who will let you know exactly what they think about your potential home away from home. The problem is, with all this choice it’s hard to make a choice. Which is why it seems to be taking so long to do so.

Ok. We might also be a “little” picky.  But who would argue that location is really, really important? No one. It goes without saying that if you are going to be somewhere for an extended period of time you need a full kitchen, preferably with four burners. Give us a break. We cook!. Which is why we also need a dining room table with reasonably comfy chairs. Washer and dryer. How else will we stay neat and tidy?  You’ve got to agree there’s nothing like enjoying your morning coffee on a sun filled terrace. Bedside tables and lamps. Where else will you put your glasses at night? A walk-in shower is simply accident prevention at its finest.  And is it asking too much to have a cushy couch for relaxing after a full day of sightseeing? I don’t think so. Clearly you now understand why this endeavour is taking up so much of my time. Of course you do.

Well I better split. But before I go there’s one more thing. If I have to say so myself, this is gonna be one outta sight trip.