I had a dream. Not that kind of dream. The kind you have when you’re asleep. Actually I’ve had lots of dreams. Not sure why, but it just seems to be one of the things that I do. I suppose lots of people dream but, and this is just something I’ve been told, not everyone remembers their dreams. As a matter of fact, apparently some people never remember their dreams. But I do. And for those of you who do too, I’m guessing that like me, every once in a while you sit through a rerun. I believe they (and by “they” I mean those who spend their time studying this particular phenomenon) call this a “recurring dream”.  And the funny thing is, these recurring dreams seem to recur not only in one mind but in many minds. Perhaps it’s that “collective consciousness” thing Dr. Jung goes on about, but for whatever the reason, whenever the topic of recurring dreams comes up in conversation, (and come up it does) dimes to dollars more than one person in the crowd has had the same one.

Like the exam dream. The one where you show up to the final exam and realize, at this most inopportune time, that not only have you not prepared yourself adequately for the challenge but you failed to attend any of the classes on which you are being tested. Not even a one. To make matters worse, you didn’t even bring a pen. Or the travel dream. The one where you fly, drive, take the train or bus to some place far from home only to discover that you forgot to pack your bags and there you are in the middle of some strange city or town with nothing but the clothes on your back. If you’re lucky you find out that you brought your credit card, which helps to mitigate the predicament you’re in but, nonetheless there is that initial feeling of, what shall I call it, helplessness that overcomes you. Kind of like when you forgot to study for the exam.  Now I don’t profess to have an explanation for these dreams but I’m sure they have some sort of purpose, some lesson to be learned. Fortunately, and for the most part, these are not the kind of dreams that come true although I suppose in some cases they could.

Then there’s what I like to call, the box dream. You’re smack dab in the middle of a big move. As a matter of fact, the moving van is parked right outside your house, the burly guys (or gals) making their way up the front step. The house is full of boxes but, and this occurs simultaneously with the first knock on the door, much to your chagrin you notice they are all empty. None of your stuff is actually in the boxes and they’re here, right now, to take them away. There’s nothing left to do but panic. Suffice to say, that’s the dream I had last night. Now despite the reference above, I’m no Jungian scholar but I’m not sure it takes one to interpret this dream for me. Because, you see, right now I should be packing. The whole house. All 30 years of it. Putting each and every little thing that I want to keep into one of the many boxes that have been strategically scattered throughout the house. And what am I doing? Obviously, I’m writing the blog.

It’s not like I have a made a commitment to post to this blog on a regular basis. Au contraire. Of late my posts have been rather sporadic and that’s ok with me because I always said I would write when I had something to say. And let’s face it. There’s only so much you can write about being shallow and I’ve been doing this now for three years and then some, so a slow down of sorts is to be expected. But today of all days, with the big move looming and the house in the kind of disarray that belies the fact that nothing constructive is actually happening, I decided this, of all times, was the best time to sit down, yes in my chair, to write the blog. Mostly because right now, it appears to be the best justification I can come up with for my procrastination.

I’m sure you realize this by now but, just in case, as a shallow person I don’t spend a great deal of time thinking about shallow people as a “collective” or about the possibility that we have a shared set of characteristics. Don’t get me wrong. It’s not that I don’t know any other shallow people. It’s just that, even though I now have 83 followers, or as I prefer to put it “just under a hundred”, not one of them has actually approached me to say, “Hi. I’m a shallow person just like you”. And I hate to be presumptuous. But I’m thinking that if they did, one of the things we would discover during our likely brief encounter is that, just like those shared dreams, we too would have some things in common. And more than likely, one of the things we would have in common would be our propensity to procrastinate. No psychological theories here to fall back on. It’s just a feeling I have and now I’ve said it out loud. Shallow people, on the whole and based primarily on my own experience, have a tendency to procrastinate. Which right now, in my case, is rather problematic because you see, while many people live their lives hoping and striving for their dreams to come true, I am a tad worried that the one I had last night just might. And at this stage of the game (as my Mother likes to say), that would not be a very good thing.

There’s no such thing… 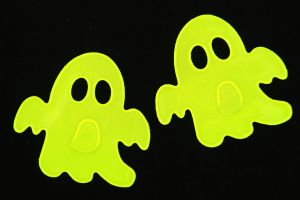 You’ve heard it before. You’re sitting around, chit chatting with a bunch of friends and before you know it the conversation turns to ghosts. Someone in the group has a story to tell about how their front door mysteriously opens and closes, once a year, at the exact same time as, coincidently, the previous owner “bit the dust”, as people are wont to  say. Then there’s the guy who swears up and down that every morning when he comes down for breakfast he discovers that the front burner on the stove is on and there’s a faint smell of burnt toast lingering in the air, and he never eats toast so there has to be ghost in the house. And a hungry one, at that. This conversation continues on for some time, because who doesn’t have a story to tell about a ghost?  But sure as the sun rises every morning, you know there’s gonna be one voice in the crowd, one Doubting Thomas who, before too long will emphatically declare “there’s no such thing as ghosts”. And while, in this particular case it’s entirely possible that the validity of this statement is open to debate, especially given all of the evidence you’ve just been privy to, I do believe there are circumstances when those who are so bold as to proclaim “there’s no such thing as” (and you can fill in the blank here) are, and I say this with the utmost respect, entirely wrong.  Let me give you an example.

In my line of work people ask a lot of questions. It’s only natural. Some people teach, others learn and on both sides of this equation there are lots of questions asked and answered. Most often, a great deal of thought and consideration is afforded these questions. Teachers, as an example can spend days formulating the kinds of questions that will compel their students to think carefully and deeply about the subject matter. Students, on the other hand, know that the right question can send their teacher off on a tangent that, with any luck, will take a huge bite out of class time thereby preventing any further questions being asked of them. In either case, these are usually what one would call “good” questions. But every once in a while, and this is not unique to the classroom, someone, and you may well have done this yourself, will preface a question they are just about to ask with the rather self-deprecating proclamation “this may be a stupid/silly question but” primarily, it seems to me, to pre-empt the possibility that someone else may be thinking the very same thing. The polite response to this admonition is, of course, “there’s no such thing as a stupid/silly question” which, I am going to tell you now, is unequivocally not true. Because, and I say this with a fair bit of confidence and not simply because I am shallow, there really and truly is. I know this because I am routinely asked stupid/silly questions. Like these.