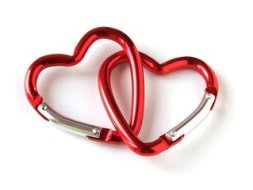 Those of you who know me, and even those of you who don’t, must know by now that I am a pretty big fan of sitcoms. Not all, but many of them. So it shouldn’t surprise you to find out that this was a big week for me. After all, it’s not everyday that I get invited to a wedding the likes of which I never expected to see. In case you missed it, and there may have been a reason or two that you did, this was the week that Sheldon Cooper and Amy Farrah-Fowler got married. Finally. Because, truly, it has been a long time coming. Just ask Amy. She would have married Sheldon about halfway through Season 8 but someone, somewhere made her wait right to the very end of Season 11. Nonetheless, it was worth waiting for. The wedding was a small but elegant affair attended by all of the bride and groom’s friends and family. The bride wore a lovely, albeit somewhat flouncy, white dress adorned at the waist with a pale pink sash. If I have to say so myself, and I’m not sure who else would in this blog, the dress fit Amy to a tee. She simply looked beautiful. Not only did everything come off without a hitch, (this is probably not the best time to mention that the bride and groom lost themselves in a particularly challenging physics problem shortly before the ceremony making them almost late for the nuptials) but much to the soon to be newlywed’s and everyone else’s surprise, none other than Mr. Mark Hamill arrived to officiate. What could possibly be better than that? Well there might have been one thing.

As you also know, I can’t pass up a good reality TV show and there is nothing more real than “The Royals”. Like it or not, we’ve (yes, the royal one) have been sharing in their lives for many, many decades. Happy, sad and very sad times. Births, marriages, divorces and deaths, we chronicle every moment. For the royals, big brother is always watching.  And this past week was no exception as perhaps the world’s most eligible bachelor, HRH Prince Harry and Ms. Meghan Markle tied the knot. We knew from the get go that this wedding was going to be one heck of a shindig, what with the bringing together of Hollywood and British royalty. As can only be expected, it was an elegant, although much larger affair than “Shamy’s” (yes, that’s apparently what we call them now). The bride chose a stunning but plain silk gown and the Queen said “yes” to the dress, although I do think that had Randy, coincidentally the “King of Bridal”, been in the house, there might have been just a titch more bling added to the frock. But who I am to say? This wedding also saw the appearance of a surprise guest officiate, or perhaps in this case, better phrased as an officiate who, it would seem, surprised the guests.

Right about now I’m sure you’re asking yourself why on earth the shallow gal is comparing these two weddings. How can one possibly have anything to do with the other? Surely a newly minted Duchess and a socially awkward neurobiologist have absolutely nothing in common. Well I say, not so. I’ve taken the few spare moments I have in my day and dedicated them to researching these seemingly disparate women and what I’ve found just might surprise you as much as it did me. First things first. They are, of course, both Americans. One hails from Los Angeles, the other from Glendale, just a stone’s throw away from downtown LA. Meghan is 36 years old. Amy, it appears, was born on December 17 sometime between 1979 and 1985 so let’s just call it 36. Both were successful actresses prior to their marriage. Meghan of course, in the hit show “Suits” and Amy as a regular on Sheldon Cooper’s ongoing “Fun with Flags” series. And last but hardly least, both have married their prince charmings. Not so different as you thought, eh?

Wait a minute, you say. Surely the shallow gal knows the difference between what’s real and what’s not! Doesn’t she realize that Amy and Sheldon are just characters in a long-running sitcom? Perhaps a little too long? Well of course I do! I can distinguish between reality and fictional TV.  I know that Amy and Sheldon are not really married, at least not to each other. That the longevity of their marriage is at the mercy of the writers who orchestrate everything behind the scenes. That as the show goes so too does the marriage. Not so for Meghan and Harry though. Theirs is a true love destined to continue for as long as they both shall live. For them the show will go on. Unless, of course, one of them just happens to get voted off the island.

Things I want to like…but don’t 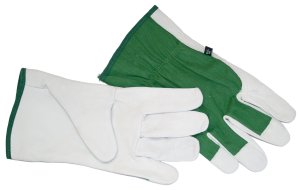 People say that you should write about what you know and obvs I’ve been doing that for the past five years. But just so you don’t think I’m some kind of one trick pony, today I’ve decided to write about something else I know. Gardening. Only because that’s what I have been doing lately. And what I know about gardening is, I don’t like it. Not even one little bit. Which might not be a problem where you come from. I get that. For 38 years I lived where the weather alone legitimized my dislike for the garden. I mean why spend countless hours and exorbitant amounts of money on plants that, in a good year, might actually blossom before the first snow? Who needs a tomato plant that yields, if you’re lucky, a whopping three tiny little fruits which, if you bother to take the time to calculate, end up costing in the vicinity of $40.00 a pound (that’s .453 kg for those of you who don’t know). At my old abode there were no expectations; you either gardened or you didn’t. But my new reality is different. My new found home, I’m afraid, is not garden optional. Which is why you might find me outside doing something I would like to like…but don’t.

The thing is, around here you won’t hear a passerby exclaim “Oh, what pretty flowers you have!”. No. Around here what you’re most likely to hear from the lovely couple with the matching Tilley hats (I can say that, I have one) is, “Oh, what lovely antirrhinum majus. If I were you dear, I would surround them with some hemerocallis just to bring out the colour” to which the only reasonable response is “thank you. Perhaps next year.” Because as you might have guessed, I don’t know one flower from the next, even when they go by their “real” names. This becomes painfully clear if you were ever to accompany me on my once a year trip to the local nursery where you are apt to hear me exclaim, “Oh look! Pretty blue ones. Let’s get those”. To which my husband, being the more practical one in this partnership, will invariably start asking some silly questions about sun or shade, height and width, wet or dry. That’s easy! “Who cares! They’re flowers. They’ll grow”. Although to tell you the truth, sometimes they don’t. So you see what I mean.

It’s not that I don’t want to like gardening. Sometimes I dream about  living out in the country on an acreage where I can stroll through fields of wildflowers nestled beside rows of carefully cultivated, meticulously trimmed roses and tulips and chrysanthemums and other things that look pretty. I can imagine myself becoming self-sufficient as I literally reap the fruits of my labour, bringing in baskets of pears and apples that can be made into wonderful home-baked pies and served to top off a dinner filled with only the freshest of vegetables picked moments before being set down on the table. Perhaps a goat or two whose milk will be crafted into an exoctic variety of feta cheese and added to the fresh from the garden salad, a staple at each and every evening meal. At which point this dream of mine takes a quick left as I get rudely awakened by the two rather miserable, and I must say very itchy, bites that have put me in this ™Benadryl stupor for the past two days, reminding me of just one of the many reasons that I don’t like gardening. Even though I really would like to.

When I think more about this I realize that it’s not just gardening that I want to like but don’t. There are other things too. Like flying. I mean who doesn’t want to like soaring through the air to some fascinating destination in this wonderful and wide world of ours? I sure do. But I don’t. Put me in the belly of that flying machine and watch me turn into one big bundle of nerves as I consider everything, and I mean everything, no matter how improbable, that could go wrong during the time I am trapped in that cylindrical metal tube which, for some reason beyond my comprehension, can stay suspended 40,000 feet above the earth for extended periods of time. I want to like it but I just don’t.

I’d also love to like living in an historical heritage house with a big comfy porch. One where you open the heavy, wooden door to reveal a stately, hand-carved staircase; where the walls hold the secrets of another time. Who wouldn’t want to curl up with a good book on the cozy window seat, close enough to the wood burning fireplace that you can hear the gentle crackle of the flames? Yeah, I want to like it, but I don’t. Mostly because I lived in an old house and know all about broken furnaces, leaky pipes and the everyday occurrences that invariably cost you almost the exact amount of money you were saving to take that flight to some fascinating destination in this world of ours.

While I’m still here there’s something else I suppose I have to admit. I’d like to like writing this blog all of the time, but sometimes I don’t. Which I suppose is ok. Because one thing I can tell you for sure. I always like writing the blog better than I like gardening.