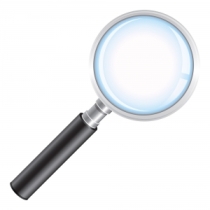 I am almost absolutely certain that there are more people reading this blog than reflected in my WordPress stats. I say this because there are times when my weekly numbers don’t even account for the relatives I am foisting my words upon. Nor for the numerous business cards (or perhaps more accurately stated “blog cards”) I have given out to almost everyone I have come into contact with over the past year. Or even the close friends I have cultivated on my Facebook page for the sole purpose of augmenting my readership. All told, if I believed the stats I would have to conclude that there are many people who should be, but are not, reading the blog. Which leads me to what appears to be the only other logical conclusion, that my most loyal followers are receiving the blog in their emails and simply reading it there, and that’s fine with me. Because even though the numbers don’t always add up, there’s enough other information there to allow me to speculate about who stops by, how they get there and what they might be looking for, which is no more a waste of my time than what I would normally do while sitting in my chair.

As we know we live in an increasingly global world and since my mission is to help all people, regardless of race, religion, colour, ethnicity etc. to become one with their shallow self, there is nothing that makes me happier than discovering that people from the four corners of the globe (are there corners on a globe?) are reading the blog. I’m sure it won’t surprise you that, outside of Canada, most of my visitors come from the United States of America which I think makes sense since for the most part we speak the same language, in more ways than one. But part of the fun is that I never know who’s going to stop by. There have been visitors from as far away as Iran and Iraq who, I’m thinking, may not only struggle with the words but also the sentiments expressed heretofore. And if they do understand, I often wonder whether they spend time exploring the archives or simply cut their losses by navigating away as quickly as they can. Just today someone from Guernsey came by and, even though it’s a country that’s so small it doesn’t show up on the handy world map that WordPress provides, I’m glad to have been able to share my thoughts with him or her in whatever part of the world they might be. But not only do I know where my visitors are coming from, I also have an inkling of how and why they arrived as WordPress shares the search terms that brought them to me. And that’s where things get really interesting.

I’ve learned that many of the people who come upon my blog by chance have actually been searching Google for an image that I suppose they want to put on their own blog. Some have stopped by for a pic of the world while others, who have perhaps shared with me the misfortune of moving a little too quickly on the blacktop, are looking for flashing police lights to display. I have both of those and I’m guessing that I searched Google to get them too. I’ve got to say though that I’m a little baffled by the fact that the search term that most frequently brings otherwise unsuspecting people to the blog is “conversations with my hairdresser” which raises a number of questions in my mind. I mean do people really plan and prepare ahead of time what they are going to say while their hair is being shampooed? Has the art of conversation been so lost that we need guidance on how to speak more than 140 characters at a time? Or is there just so little happening in their lives that they have to look to others for inspiration? Come on people! We’re talking about an hour of chit chat, most of which won’t even be heard over the drone of the blow dryer. And while I am more than happy for the increased traffic and would never turn anyone away, surely we can do that much without Google.

However, perhaps the most significant information I have recently received on my WordPress stats page was the fact that someone found their way to my space using the search term “Doesn’t anyone admit that this is a shallow world?”  I admit it!! And that’s what they discovered when Google brought them to my  “It’s a Shallow World After All”  post. To be honest, it kind of gave me goose bumps because as you know, I want to help in whatever small way that I can. After all, shallow people like to give back too.