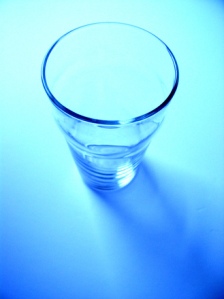 I know. It’s been a while. Not that anyone has been calling to ask what’s goin’ on with the blog. Nonetheless, I’m guessing that by now you’re thinking my transition from a shallow person to a non-shallow person (that would be the opposite, would it not?) has been complete and I can no longer sustain a blog that would claim differently. Can’t say that it’s so. There’s a funny thing about time and distance. You see a month or so ago, when I was 2,120 km (that’s 1317 miles for those who resist the conversion) from home, I was in the thick of it. I kept my eye on things. I knew each and every move that was being made by what seemed (and still does seem) to be someone who might not have been an appropriate choice to run one of the most powerful countries in the world. I suppose I could now conclude that at the time I was residing in our neighbor to the south, it was pretty hard to escape the “goings on” and yet, it was more than that. I was drawn in. Sucked perhaps into the midst of the political debate, discussion and controversy that surrounded me.

But time and distance have made all the difference. Don’t get me wrong. I remain painfully aware of who’s in charge and continue to have moments of pure trepidation as to what news I might awake to on any given morning. And I realize that no man is an island. Although I do actually live on one. But it’s not as intense. Not so immediate. Not so welded into my existence, day in and day out. Besides. There’s no one at the local Starbucks that’s even talking about “45” these days. Trust me. I’m a pretty good listener.

So here I am. Back again and ready to admit that I realize all of what’s been said above doesn’t account for my rather extended absence. And here’s where a shallow person’s colours really shine. You see, shallow people are unabashedly unapologetic about coming up with excuses for pretty much anything that needs explaining. There’s no uphill climb here for me so let’s just get this show on the road.

Excuse #1: First there’s the “settling back in” stuff that comes with having vacated your homestead for nigh on two months and a bit. The trips to Costco, the local grocers, the butcher, the baker, the bank (bet that’s not what you thought I was going to say) back to Costco. And perhaps with a little less gusto, the now unavoidable dentist appointment that can no longer be sidestepped with a “Sorry but I’m going to be out of town for an extended period of time” excuse. It all has to get done and it all takes time.

Excuse #2: Next there’s catching up to do. Lots of people that haven’t been seen for several months need to be called, arrangements made to get together for a chit chat, and time set aside for that get together. Since I’m normally not the most social person in the universe, the meet and greets tend to take a fair bit of energy on my part, leaving little left in the evenings for my musings. Not that I’m complaining. I mean it’s nice to make some time for friends particularly when it becomes a stellar excuse for my rather flagrant procrastination. Which might not be so problematic if it wasn’t for NetFlix.

Excuse #3: Yes, Netflix. The current scourge of my existence. I can’t even begin to count the number of quite awful movies that are consuming my time of late. In retrospect it may have been a less than good decision to purchase a subscription to this dastardly service given my propensity for watching B list movies. Honestly, why would I think that spending hours watching them on the TV stations was not enough?. Did I think my life could be improved by having access “on demand” to a seemingly infinite number of bad movies? Don’t get me wrong. There are actually some very good offerings on NetFlix (who wouldn’t want to spend an evening with Grace and Frankie?) and there’s something to be said about having the freedom to call up “Eat, Pray, Love” whenever one has the inkling to do so.  But again, all of this takes time and in my case, time away from the blog.

Excuse #4: My laptop broke. Sure I have other computers that I can use for the blog. After all, the blog is on the internet so theoretically I can access it from any electronic device. I have lots of those. But I’m accustomed to writing the blog on my laptop. It’s comfortable. I can move around with it. If I need to leave one room for another I can take it with me. It lets me multitask. I can also watch TV with the laptop on my lap. It’s not that hard. Really bad movies don’t demand all that much attention.

Excuse #5: It’s not that I can’t come up with more excuses but for now I will leave you with this one. I just haven’t had anything to write about. As you may know, I spend a fair bit of time observing the human condition (some might call it drinking coffee) and that usually triggers an idea, a thought, something that inspires me to put pen to paper, so to speak. Lately of course those triggers have been fewer and farther between but nonetheless, they have been there. But now there’s nothing. Nada. None of this half empty/half full glass for me. It’s just plain empty. I don’t know. Can’t really explain it.

Funny story. I’m still sitting here with nothing to write about and yet, what do you know. I’ve written a whole blog post. It’s a post about nothing really. That sounds vaguely familiar.  Makes me think this just might have some potential.

2 thoughts on “Back Again!”