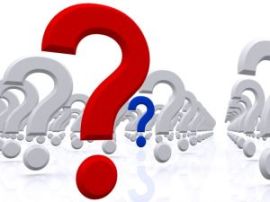 Still not dead. But I have relocated to my little oasis by the sea which could, but really doesn’t, explain my rather extended absence. The problem is it’s rather laid back here by the beach so one can get just a tad complacent. The nice thing is that there’s no sign of the polar vortex which is probably good since it appears that the blame for it is falling smack on the Canadians and being one, I would hate to be held accountable. Besides, how would I explain it? What would I say? “I’m sorry. Somehow our cold managed to get through your border. Where’s the NSA when you really need them?” Probably best for me to just stay out of this one. You see, I like it here and I want to sit back and relax for awhile. Which is mostly what I do except when there are decisions to be made.

It’s not that making decisions is foreign to me. I spend a good deal of my waking hours deciding between one thing and another and, if I have to say so myself, I’m not half bad at it. Of course most of those decisions take place at work where, as important as they may be, they rarely have a direct impact on my life. But here, each day I find myself faced with one personal dilemma after another. Imagine, if you can, having to decide which way to turn when you step on the beach. If you decide to go South it’s only going to take you 40 minutes to walk to the Starbucks. But along the way you’ll have to navigate through dozens of frolicking dogs (perhaps the happiest dogs in the world) who at times will momentarily mistake you for their owner, coming dangerously close as they rid themselves of the excess seawater they have acquired chasing their ball into the waves. However, if you go North you will walk along one of the most beautiful and peaceful stretches of sand this side of the Rockies. Unfortunately, it’s going to be round about an hour and a half before you find yourself sipping that latte and, if your timing is off and you hit high tide, there are going to be some shoes to dry when you get home. So there’s decision number one.

Now normally when I walk into my local coffee haunt the words “nonfat, no foam latte” roll off my tongue. No thinking, no wondering. It’s just that simple. But once in a while something happens that puts a chink in the armour. This year, in the United States of America only, (could it be that polar vortex?) I managed to secure a mug that allows me to get free espresso drinks for the month of January. But while I’m saving a bundle there is a cost because there are decisions to be made at the end of this road. So many choices when it’s all free. Do I want caramel? Hazelnut? Perhaps a splash of vanilla? Is this the day to try the new drink of the month? And if I go for one of these concoctions do I really need the whip cream that comes on top? What used to be so easy has become a complex problem. A conundrum of sorts. I’m beginning to think I need a decision-making matrix just to get a drink.

So by now you’ll understand why I am “decisioned out” and turning to you to help me fulfill a promise I perhaps prematurely made to you last year. If you recall, having completed the environmental scan of the local donut shops I committed upon my return to focus my attentions on the “froyo”* establishments. That wouldn’t have been a problem had it not been that, no sooner had we arrived at our temporary abode we found ourselves enjoying perhaps one of the best pizzas I’ve tasted in a long time. I probably have never mentioned this but pizza happens to be my favourite food. So much so that it was all I craved when having my second son who, perhaps not surprisingly, followed in his Mother’s footsteps and could not only eat, but also spell “pizza” before his first birthday. But I digress. While munching on what can only be described as an upscale, health conscious pie, my partner in crime suggested that we spend the remainder of our time sampling the various pizza joints in town in a quest to determine the best. Not a bad idea if it wasn’t for the fact that of late I have managed, through much hard work, to reach my target weight and there is no amount of exercise that will allow me to sustain that while ingesting copious amounts of froyo and pizza. I can do one but not the other. So I’m leaving this one up to you. Decisions…decisions! Next time you visit sunny SoCal do you want the inside scoop on pizza or froyo? The ball is in your court.

*For those of you who don’t get out much “froyo” stands for Frozen Yogurt. For this purpose we are talking about the recent phenomenon that has resulted in a multitude of franchises and independents offering up this frozen delight topped with everything from fruit to nuts…literally.