Things that Irritate Me (Part 3, with some apologies) 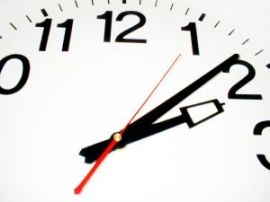 Believe me. I am the last person who thought there would be cause to revisit this theme of mine. At the end of my last “irritated” post I was as happy as the rest of you to be done with it. Never, in my wildest dreams could I have imagined that a shallow person like me would have any sort of list, much less a growing list, of irritations. Maybe it’s the “Black Friday” thing. If my memory serves me correctly (and you know how often that happens) I recall that it was this time last year, while in Seattle doing a little bargain shopping myself, I encountered the New Yorker whom, for whatever reason, (maybe she had just broken up with her partner of 16 years and was engaging in some retail therapy to deal with the despair) seemed to feel it was ok to lash out at the poor woman behind the cash who was not only working as hard as any human could be expected, but doing it with a smile on her face. Maybe we are all in too much of a hurry these days to actually care about other people, and their feelings, even a little tiny bit. Or maybe we have become too accustomed to talking to what are essentially machines (you do know that iPhone of yours is one) and have forgotten to notice when we are not. Whatever the cause, I am finding myself increasingly irritated by people who are rude. Just plain, outright rude. To complete strangers. Like me. Shall I explain? Well that’s about as rhetorical as a question can get.

So it’s Saturday afternoon and I’m at my fav coffee shop, standing in line, waiting patiently for my turn at the till. So far, so good. There’s no one behind me which, I think to myself is a “good thing” because I’m about to present the Barista with my half price coupons which the good people at coffee HQ have so generously deemed I have earned as a result of the truck loads of dimes I spend at this place. Let’s face it. Shallow people are known for their propensity to waste gobs of time sitting and drinking coffee as what better place to while away the hours playing games like “who’s that guy/gal”, which perhaps explains the above speculation on the New Yorker. Unfortunately, but as can be expected, things did not go as quickly as one would hope and as both the Barista and I struggled with codes and apps and other technologies that were apparently required to make this happen, the line began to grow. Which was fine until a voice from the really not so long line called out “Give it up! I’ll pay for your coffee”. Now under normal circumstances I would be rather pleased to have a complete stranger offer to buy me a coffee because it’s kind of a nice thing to do. You know, one of those “pay it forward” things. But these were not normal circumstances and he was not being nice. In fact, he was being quite rude and that more than kind of irritated me. And I told him so. And it felt good.

I mean here’s a guy who, in the midst of his very busy day (I know this because he told me so), apparently found the time to stop in at his local coffee shop for a cuppa. Now it’s not like this is one of those self-serve places where you run in and out in mere seconds with something dark and murky, the sole purpose of which is to perk you up for the remainder of the day and most of the night. Nope. This is a rather popular, gourmet haunt in the middle of an upscale mall where at times you give serious consideration to offering up your first born in exchange for a parking spot. Where shoppers far more skilled at their craft than I, effortlessly wend their way through the hoards to the myriad of shops specializing in everything from gourmet cheese to high-end duds. Where in the midst of this retail frenzy there is an oasis of calm, a place we all go where, while they might not know your name, you know they’re going to ask for it. And you may have to wait. Let’s face it, they don’t call it a break for nothing. So if I’ve said it once I’ve said it six or seven times. “Unless you’re a contestant on The Amazing Race, what’s another couple of minutes in the line?”

You know it’s not in my nature to dole out advice so consider this a suggestion. Next time you find yourself chomping at the bit to berate someone for higgledy-piggledy wasting two or three precious minutes of your life, take a moment to think before you speak. Because at this joyous but I understand, rather hectic time of year, maybe we all need to be just a teeny tiny bit nicer to each other. I’m pretty sure it’s going to make you feel a whole lot better but if you’re still not convinced, well take a good look at the line. If there happens to be a 5 foot 2, 105 pound (the treadmill really does work) shallow looking woman with a striking resemblance to Babs in that line, get prepared to hear about it. And trust me, those two or three minutes will be some of the best of my day.