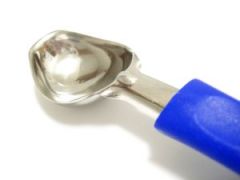 I’ve been scooped! And as a shallow person, I’m ok with that. I mean I suppose it really is the highest form of flattery. As a matter of fact it’s kind of impressive to have someone think so highly of something I shared with them that they wanted to write about it even more than I did. Or at least they got around to writing about it before I did which is not all that surprising since, as you may have noted, my “not writing days” have begun to outnumber my writing ones. But that’s only because I returned home to the North and had a whole bunch of other stuff to do, which included deciding how many colours I could put together to cut down on the number of loads of laundry that were piled up in the basement. And then there was all that food shopping since, upon return, the cupboards were quite bare. Not to mention that, of late, I have been charged with doing some writing at work and there are only so many words in one’s head at one time. And the roads are slippery as all get out which I know doesn’t really have much to do with me writing the blog but thought I could throw it out there since I’m complaining anyway. You have to admit though that those first three are fairly plausible excuses that have me, at least, convinced that this temporary slowdown is justifiable. But now I’m back at it and since I am not going to share with you the link to the culprit’s (well that’s what I like to call him) blog, I figured it would be pretty safe to write about what he wrote about. After all, it was my idea in the first place and besides, it has lots to do with all those hours I spent drinking coffee on the patio and right now I’m feeling a little nostalgic about my recent time at the beach, especially since temps here are having  some trouble moving into the plus category. Done whining.

The origins of this escapade that I am about to describe go back to the days when the Kev and I (you remember the Kev) spent many hours going for coffee in one place or another, and I am being accurate here since it was the ‘90s and there was actually more than one place to go for coffee. A little aside here. What most people don’t realize is that there is a difference between “going for coffee” and “having a coffee” the explanation of which is much too involved for this post and will have to be picked up at some point in the future. Suffice to say that the former is what I am focusing on as it tends to be the more interesting of the two options. I think however, you can imagine that when you go for coffee with the same person day after day after day it can get a little challenging to come up with new and engaging topics around which to banter. I mean there’s work stuff, family stuff and general stuff but after a while all of that gets a bit stale and so you start to look outward for some inspiration. I have always found that if you keep one ear on the tables around you it’s possible to learn something interesting and maybe even confidential as most people forget that they are not Maxwell Smart and there is no “cone of silence” (if you don’t know, here’s the link). One caution here, if you happen to accidentally overhear what you think is a great stock tip don’t run back to your office and put down your life savings ‘cause unless you happen to be lucky enough to be sitting beside Mr. Buffet it’s probably not going to pan out.

While listening in can be one way to perk up a break it is a little passive so I’d like to help you take a more proactive approach to passing the time. Whenever the Kev and I got a little bored with each other we played a game that we like to call “Who’s that Guy/Who’s that Gal?” There are no rules to this game and it’s pretty straight forward. All you have to do is look around and find someone whose life you can recreate. That’s right. You are going to figure out who that guy/gal is without actually talking to them or anyone they know. It goes something like this.

Me: See that guy in the corner with the ponytail sipping on the frap?
Kev: Yeah. Looks like he just lost his job as the cameraman at the local network affiliate.
Me: Bet he’s trying to figure out what he can do now without chopping off that hair. Good thing he has some severance to tide him over.
Kev: He’s just stopping off here on his way to pick up a pair of snakeskin cowboy boots.
Me: So he can mosey on down to Cow Town and join the rodeo.
Kev: As a clown.

And that’s it. Before you know it you’ll be sitting with some of the most interesting albeit bizarre people in the world.  Now that I think about it, there is one rule. Never let any of them know what you’ve done because their new life just might be better than the old.

One thought on “Scooped!”