Misery Loves Miserable Company – Or Does It? 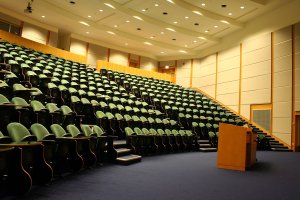 This might not be a shallow blog. I’ll let you decide.

Those of you who have stuck with me over the many, many years of this blog will know that I don’t indulge in what has become a yearly tradition of making promises that are, unfortunately, most often destined to be broken. Even so, I have always resolved to be as honest as possible (although it’s not always possible) with my readers so here’s something you might not have imagined about me. Hard as it might be to believe, I wasn’t always at the top of my alma mater class which, I confess, is putting it mildly. It’s not that I didn’t like university. It’s just that I liked other things better. Like sleeping. Or spending ridiculous amounts of time in the cafeteria drinking coffee. Both of which may have been the result of having an extra draft or two (afterall, they were only two bits) the night before. Admittedly, things picked up in my later years, but those first year courses. Well let’s just say I’m a little short on the details. Except for one.

If I had to guess, and the odds are not that great given I’m about 48 more years down this road of mine, I would say that the reason I found myself sitting in a lecture theatre surrounded by 400 budding psychologists was that it was the only available course that fit my schedule, meaning I didn’t have to be “up and at ‘em” before noon. Also I had heard the professor had a wicked, dry sense of humour and a guy who thinks brain stuff is funny can’t be all bad. Beyond that, I must refrain from making any judgements about the course because I can’t honestly say I remember much. Not much, but I do remember one thing which has stuck with me through the years. What our professor explained to us, and what I remember like it was just yesterday, was that while it is common knowledge that “misery loves company” what we might be surprised to find out is that misery actually loves miserable company. At the time it was quite a revelation. One which I have come to think about more than I perhaps would like over the past few months.

Let me backtrack just a tad. If you’ve been reading lately, (and granted I haven’t been writing much lately) you’ll know that 2019 has not been a stellar year for me and my family. There was the passing of my Mother in August, the Cat in September and my Aunt in October. And just when we thought we were out of the woods, because we all know that good/bad things happen in threes, we discovered, much to our chagrin, they actually don’t. Nope. Without getting into too much detail, that husband of mine decided to bring a little more excitement into our lives, and suffice to say, I spent much of the first week in December travelling to and fro from my home to the hospital. While things are now looking up I learned almost as much from this experience as I did from that old prof of mine. About people. And their miseries.

So we’re sitting in the rather sterile basement of the “other” hospital in this little city of ours, waiting for what I think is the third CT scan of the week. Knowing how these things can go I’m ready for a longish wait, having plugged a couple of extra hours into the meter and packed my Mother’s very well stocked Kobo which, I might add, I have made quite a dent in over the past few months. I’m pretty much minding my own business when in walks another couple who, I surmise, are there for the very same reason we are. Now I’m not really one to make idle conversation with complete strangers, especially in a rather uninviting environment, but I’m not so callous as to ignore their presence altogether. With that in mind I raise my eyes from my book (which btw, I’m quite enjoying) long enough to flash a welcoming smile and toss out a polite hello. One hour later I have been apprised of not only her husband’s current unfortunate health situation, but also of her own, those of her daughter, her grandson, her son-in-law and I’m pretty sure the neighbour who lived beside her before the neighbour who lives beside her now.

But here’s the thing. Call me shallow but the truth of the matter is I really don’t want to hear about other people’s problems simply because I have some of my own. Honestly, I would rather talk about something wonderful going on in your life. A lovely trip you have taken. Perhaps a good meal you shared with someone you love. I’ll even listen to stories about your grand kids and their rather dubious accomplishments. I promise when things get back to normal in my life I will be glad to talk about your mother-in-law’s persistent bladder infection or your sister’s upcoming knee operation. You can tell me all about the adverse reaction you had to some plant-based supplement you decided to take on the recommendation of your herbalist. I’ll be happy to listen to any and all of the problems you have. Just not right now. Because now is not a good time for that.

Later in her life my Mother who I know loved me very much, would say this, in the nicest way, whenever I called to complain to her about an ache in my shoulder or a pain in my back. She’d say: “I have enough of my own aches and pains, I don’t really need to hear about yours”.  I didn’t always get it then but I get it now. She was right. Misery actually doesn’t love miserable company. And if you ask me, that professor of mine could have learned quite a lot from my Mom.