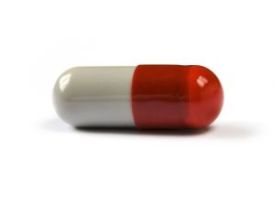 Sometimes when you start thinking about things in a different way you keep thinking about them that way. Sometimes it even makes you wonder why you never thought about those things that way before. Which is what has happened to me over the past three weeks since I last wrote about, what I have now come to know as “degrees of dislike”. It hasn’t been hard to do all that thinking. You see, for the last of those weeks I have found myself sick and pretty much relegated to my chair, yet again. As a result I have confronted first hand something I now know, and am happy to admit, I strongly dislike. Yep. I can now honestly say that I strongly dislike being sick and pretty much relegated to my chair, twice in two months. I mean, who would like that? It’s really not all that pleasant. And when you’re as sick as I was there’s not all that much to do. Which lead me to discover the next thing that I strongly dislike.

Imagine. You wake up one morning and all you know is if your head had actually fallen off your neck and onto the floor you’d feel and probably look, a whole lot better.  Everything hurts. Somehow, and you don’t really remember the exact details of this event, you make your way from your bed to your chair where for the next four days just about all you have the energy to do is press the little button on the remote, and you only do that to avoid watching consecutive repeat episodes of the  “Big Bang Theory”. Someone, and you’re pretty sure it’s someone who is rightfully in your home, brings you a little pill which they assure you will make things better, you swallow it and sometime within the next couple of hours you realize that the very sharp pain that has been pulsing through your head every ten to twenty seconds has abated to the point where it occurs only a few times each minute and you rejoice, because a small victory is a victory nonetheless. And that’s when it happens. The insult to the injury.

So I’m minding my own business watching, for the umpteenth time, Sheldon deride poor, ol’ Wolowitz for only having a lowly Master’s degree from MIT, (so what if he’s been to the International Space Station), when the commercial break takes me to the bedroom of some poor sot like myself who is apparently suffering with an affliction similar to my own. Since we all know that misery loves miserable company, I am immediately drawn to another’s suffering and so find myself directing my attention to what’s happening on the screen. The scene is of a pyjama clad woman who, like me, is holed up with a nasty head cold. Within moments, and what a coincidence this is, she pops the very same pill that I myself had just popped. Only in this version of the story it’s no time before she is literally dancing her way to, what appears to me to be, a rather miraculous recovery. Now as a shallow person I am honest to a fault, (it’s way too much work not to be) so it is with some dismay that I have to conclude that either she and I have significantly different reactions to the same medication or someone isn’t telling the exact truth, and since I am pretty sure about how I feel I can only conclude that it must be her.  It’s possible that, if I hadn’t been feeling quite as lousy as I was, I might have been just a tad more forgiving of this whole thing. Perhaps my judgement was even clouded by the piercing pain coursing through my head. But under these circumstances and in that moment I can confidently say that her feeling so good so fast, while I continue to feel so bad for so long, is something I strongly dislike.

I suppose I’m learning a lot from writing this blog. Since I started reflecting on this whole “dislike” stuff I also figured out that I strongly dislike fridge magnets. I mean, whoever thought that refrigerators were meant to be bulletin boards? But perhaps that’s a story for another day.