Leave a comment
By wcaplan A little serious, Instructive 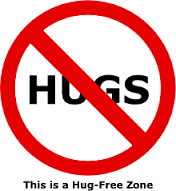 A rather strange thing has been happening over the past week. Well at first I thought it was strange but now that things have turned a corner in this world I suppose it isn’t. As you may or may not know, WordPress (they are the guys that let me write and publish this blog and to whom, in the next few days, I will once again send my 24 bucks) lets me see how many people are reading my posts and which posts they are reading. Now as you know I have a small but loyal following and I really appreciate that many of you actually click on my posts when I post them. I don’t want to bog you down with technicalities so suffice to say that typically a new post will generate views for about 3 or 4 days, with the majority coming in around 3 to 4 minutes after it goes live (as they say in the biz) and waning fairly significantly thereafter. As time marches on it is not unheard of, but rare for anyone to revisit a post from the past and to be honest, I’m pretty ok with that. I mean I don’t even revisit them so why would anyone else?

But this week things have been different. This week, much to my surprise, there has been a veritable flurry of visits to a post I wrote quite some time ago. These hits (that’s what we bloggers call them) are coming from all around the world. Now I don’t want to blow my own horn but I’m pretty used to having my posts read by people living in places like Canada, the U.S., Britain, Switzerland and Australia. I mean I even know people in Australia so it’s not too much of a stretch to think they might give me a read once in a while. But when my reader map (yes, WordPress has that too) starts to register hits from countries like Bahrain, South Africa and Iraq well that’s when I take notice. That’s when I think something must be up. And when all of those hits are on the same post I gotta figure it’s more than a coincidence. Especially when that post is titled “Never Hug A Stranger”. If you happen to have a little time on your hands and missed it way back when, or if you just want a little reminder, feel free to take a look. The title speaks for itself.

Now I’m the last person to indulge in self-aggrandizement because I know that people look for any port in a storm. So I’m pretty sure that my new friends from around this globe are not actually seeking the advice of a shallow person. But indeed, that’s where they landed, albeit through no fault of their own. And while I am wont to ask anyone to heed my advice or to suggest they adopt any of my idiosyncrasies this is the one time I suggest you do. While I’m never one to say “I told you so” and hindsight, as we know, is 20/20 somehow this time I sure seem to have hit the nail directly on its head. One day, if you insist, I’m sure you will be able to hug again but for now your only job is to flatten the curve. If need be send virtual hugs to everyone you know but keep those arms by your side. Chances are they won’t span the six feet you’ll need them to anyway.

There’s just one more thing. When all of this passes, and it will pass, please do me a favour and ignore my advice for just a bit. There are many, many people who are literally risking their lives to save ours. Health care workers, first responders, truck drivers, bus drivers, journalists, government workers, grocers, and a whole host of others. All of them, each and every one, deserve a hug from you, so go ahead and make both your days. With permission of course. And while you are at it, give them one from me too.

Stay safe and be well!