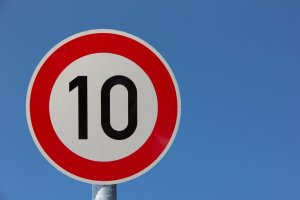 Just in case you are wondering, I may not have written anything for awhile but I’m still here.  Which is not so unusual. I mean I’ve always written this blog in fits and starts. Mostly fits but you have to admit there is a consistency to my sometimes longer that expected absences. It’s not because I’m so busy. It’s just that after 5 years it’s not always easy to come up with an idea. Something to write about. Which is about the same as it’s always been. Or at least for the last few years. But I’m also still here. Here in my home on this little Island of mine. If you have been following along for awhile you know that around this time each and every year I make my way down the left side of those United States of America to spend time at the beach. And you know how much I love being at the beach. Which, I can only imagine, leaves you wondering why. Why I’m still here. Well it’s just that while some things stay the same, others do not.

Don’t get me wrong. I’m good with whichever way the cookies crumble. Because sometimes having things stay the same is a good thing.  Like our Bandit. I know you hate to ask at this point but our cute as a button kitty, now in the 20th year of making our home her home, is doing just fine.  Well about as fine as an almost 20 year old kitty can be doing. Granted, while she spends a good deal of her time sleeping in her bed, my bed, the guest bed, really anywhere she pleases, when awake she is still as loving and cuddly as ever. So what if she can’t hear a lick? She’s happy almost all of the time and that’s what really counts. Suffice to say, she’s the same and we’re happy about that. Even if it means that other things are not. You see, the older she gets the harder it is for us to leave her, hence the change in our plans this year. I suppose this is a  prime example of how some things stay the same while other things don’t. Which of course, as oft happens when it comes to writing this blog, got me thinking about more things that have changed, and haven’t

Coincidentally, (and I’m sure it was since I don’t think the Facebook people have the ability to actually read my mind, yet) my dear online friends (some of them are real too) started to post pics of themselves from today and some time before today. Actually 10 years before today to be exact. And before I could say jack robinson everyone and their dog (literally) were posting “then and now” pics of themselves. It was a “thing”. The “10 year challenge” and who isn’t up for a challenge? Particularly one that doesn’t involve climbing, running, jumping or pouring ice cold water on oneself. At first blush I figured it was best to sit this one out, at least for the time being. I mean, did I really want to put my 10 year younger self side by side with my now much older self? If I did, what might people think? Heck, what might I think? It seemed to me that as long as you can fool some of the people some of the time, that’s good enough. And since the last photo I posted on “the Book” was of me and my 103 year old Mother, I was already doing pretty well in what I would like to dub the “30+ year challenge”.

And then it hit me. The shallow gal knew exactly what to do. Of course I should post a pic. It just had to be the right one. You see, I quickly realized  that the people who chose to participate in this exercise were people who actually thought they either looked better or, at the very least, the same as they did 10 years earlier. I mean, why else would anyone subject themselves to the kind of scrutiny that such a pic in Facebook is sure to bring? Especially now that the “haha” emoji has become an option. Let’s face it. Who’s going to post a pic of themselves that highlights 10 years of neglect? Hello everyone. I’d like you all to see how much I’ve gone downhill over the last 10 years. Not gonna happen. The solution was clear. All I had to do was find a 10 year old pic where I was not at my best, and pair it with a really good current pic. Problem solved. The hair, the eyes, the smile. Everything appears to be the same. Unfortunately, you can’t fool all the people all of the time and the neck never lies.  Because, and you probably know this already, some things simply can’t stay the same.

Now I have to skedaddle. As it turns out it seems we are going to make our way to the beach after all and I have a few last minute items on my “to do” list. For starters I need to clean the house, figure out what to take, iron, pack, go to the bank, book hotels, get the cat some food, and probably another 40 or so errands I haven’t thought about yet. I’m leaving pretty soon so I suppose I should get started. Yeah, I know. Some things stay the same forever.