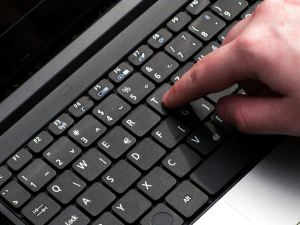 I’ve always had a healthy skepticism about technology. It’s not that I don’t use technology. Like many I rarely leave a room without some sort of device attached to my hand. And I’m certainly not a Luddite (although I would have been proud to be one in the day) as I spent the later part of my career (yes, I am that old) devoted to making learning online the best experience it could possibly be for those who wanted that experience. But that doesn’t mean I buy in holus bolus to every knicknack or gadget that promises to make my life oh so much better than it already is. “Cause, if I might say so, my life ain’t so bad right now. Besides, how often do you invite the latest and greatest into your life only to discover that without a millennial in the house there’s no possible way to figure out how to make it work? Sure they showed you what to do in the store. But get the thing home and without all that fluorescent lighting nothing looks the same. As for me, you can bet your bottom dollar that, if there’s an “app for that” I’ll take a “pass for that“.

It’s not just figuring stuff out that’s the problem. There’s the whole over promising thing too. Like the self park feature on my car. Pretty exciting, eh? I mean all you have to do is press this one little button and lo and behold, the next thing you know you’re on the sidewalk waiting for the car to finish up and hand you the keys so you can be on your way. At least that’s what I thought it would do. Then I find out the car doesn’t actually find the parking spot for you. It just parks the car and what’s the point of that?  I know how to park a car. The problem is driving around the corner 15 times with the false hope that someone might actually leave just at the moment you sidle up to their spot. Or waiting for the person who has been sitting in the driver’s seat for nigh on 10 minutes (n reverse, I might add) before you realize they clearly have just broken up with their partner and are now calling each and every one of their friends to commiserate about the bum and how they never should have put up with all his/her nonsense in the first place. Fellas, It’s finding the parking space that’s the real problem. When you get that one worked out, call me.

Having said that, every once in a while something comes along that’s right up your alley. Something that fits like a glove, is on target and hits the proverbial nail on the head. Like those rather spendy noise cancellation headphones that you dithered about buying and then wondered what all of the anguish was about the very first time you wore them on a five hour flight and realized you no longer had to listen to the person beside you crunching on chips or worry every time the pilot “dinged” the flight attendant. Your logical self knows she probably just has to use the bathroom but there’s that niggling feeling it could be something else and at 39,000 feet “something else” can be a little disconcerting. Best not to hear at all which makes those buds worth their weight in gold. Then there’s that new fangled device that lets you see who’s at your front door without actually having to be anywhere near your front door. If that means not having to run down the stairs to find out there’s yet another person who wants to paint my “just been painted” house then, as Martha would say, it’s a good thing. But as good as those might be, neither can hold a candle to the hi tech wonder that has recently come into my life. If you ask me, it’s not even a horse race.

As you can probably imagine I spend a fair bit of my time at a computer, much but not all, dedicated to sending and responding to emails. It’s not that I don’t like writing emails. It’s just that so often I say the same thing over and over and over again. Like me, I’m sure that you have thought to yourself “if only there was an easier way”. “If only this computer could read my mind and finish all of my sentences”. Well my friends, you are in for a very pleasant surprise! The other day as I was typing away, much to my amazement my computer started typing all on its own. That’s right! Before my very eyes it was anticipating what it thought I wanted to say and then said it. Without any help at all, it completed me. At first I wasn’t all that receptive to this rather personal intrusion. My immediate reaction was “how do I get rid of this pesky little feature which is clearly something new from those Google peeps?” After all, it can’t possibly actually know what it is I want to say, can it? The truth is, it can’t but the reality is that, most of the time, what it had me say wasn’t so bad. I could live with it. And so it was that I decided to let the computer say what it thought I should say. Rather than the other way around. Which makes a lot of sense if you are a shallow person like me. I mean if it’s willing to do the work why the heck would I not let it? In most cases what I was going to say wasn’t really all that much better anyway.

Of course as it oft does, this got me thinking.  Why just emails? Why not let the computer finish all of my sentences everywhere? I gotta say it would make writing this blog a whole lot easier and I’m pretty sure that my computer could learn to be as shallow as I am in no time at all.

Yeah. Now I’m just gonna sit back and watch that skepticism of mine fade away.

PS: Thank you to the person who left the Starbucks mug on my doorstep. Just a guess but I’m thinking it must be someone who reads this blog as otherwise it was a very uncanny random act of kindness. Gotta admit. The last time I was in Saskatchewan I don’t think there was a SB, let alone a mug dedicated to the “Breadbasket of Canada“. It is very much appreciated and a wonderful addition to my collection!