Leave a comment
By wcaplan A little serious, Informative

To go or not to go…It’s a question 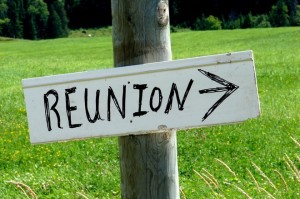 Please don’t get me wrong. I’m not insinuating that any of you are shallow just because you read this blog. I know that many of you (and by all accounts there are “many” now) just want to know how the other percentage (small as it may be) lives. You’re curious and that’s ok. I mean, from the very beginning it’s what this blog has been about. At least I’ve always thought of it as a little window into the life of a shallow person. Sometimes you can see your reflection in a window, sometimes not. I suppose it all  depends on how the light falls. Having said that, something has recently happened to me that I would bet my bottom dollar has also happened to you. Because, like me, I’m guessing that each and every one of you attended elementary school. And this comes as a result of that.

As usual, before I get to the crux there’s a little something I have to say. For the most part, I have spent the time since elementary school, and there has been a lot of it, pretty much minding my own business. It’s not that I don’t think about my preparatory alma mater once in awhile.  I’ve even been known to take a drive by when visiting the old neighborhood, just to see if, like me, it’s still standing. It’s just that in the intervening years I have moved from my hometown, not once but thrice, each time substantially further to the west. As a matter of fact, at this point I’m just about as west as one can get in this coast to coast to coast country of ours and with each of these moves the chances of casually bumping into someone from the “good ol’ days” has substantially diminished, along quite frankly, with my memory.

It’s not that I have completely divorced myself from my long ago past. Of course I’m on Facebook and, as one or two of you know, there have been a couple of “blast from the past” moments where me and my former clarinet band mates have had a chance to get together to share some notes. But those connections have been few and far between leaving me, for the most part, with little recollection of my first grade teacher or the popcorn man or even whether I was chastised by Mrs. Elder for not having my sneakers as white as they should have been for gym class. Ok, clearly that one I remember. So with this in mind, you will understand how surprised I was to find out that this year is the 75th anniversary of my elementary school. (No, not my 75th, just the school itself.) And to discover that yes, there is going to be a reunion.

I don’t know about you but as a shallow person my head starts to spin just a little as I consider the implications of this event. It might not surprise you that one of the first things that crossed my mind was my closet. I mean just what might I have in that closet of mine that I would want someone who hasn’t seen me for the better part of 50 years to see? Keep in mind that I was raised in a rather tony part of the big city where parents regaled at the thought of having their six to twelve year old children wear a uniform lest it inhibit their fashion sense.  Oh boy, it’s all coming back to me!  Apparently I didn’t have as much at stake as others may have as now, with most of my days spent working from my home office on this laid back little island of ours, it’s a bit of a stretch to find much beyond jeans and a tee on those hangers of mine. Hence the conundrum. Does one  “come as I am” and not betray thy inner self, or would a trip to the local boutique to drop a bundle on some designer duds which, might I add, are likely put together in the same precarious third world building as that tee of mine, be in order? Honestly, as a shallow person I can go either way with this one. But that’s just one of the many questions that have popped into my head upon learning of this impending get together.

Like who’s going to recognize me anyway? Not that I’ve done anything in particular to look different. There’s been no cuts and tucks, no needles and pins in this face of mine. Heck, I’m lucky to take the time to draw on a couple of eyebrows every morning. Astonishingly, my hair is the same colour as it was way back when, but even so, I’m pretty sure time, in and of itself has taken it’s toll and there will be those who must  inconspicuously glance down to my “Hi, My name is ________”  tag that no doubt we will be asked to don upon entry.  As will I to theirs. Bottom line, if neither one of us truly knows who we are talking to is there really a point to all of this? I mean if I really want to talk to strangers I might just as well amble on over to my fav Starbucks, sit down beside someone who appears to be around the same age as I am and start up a conversation about times past. I won’t even have to worry about making that trip to the boutique.

As you can see this whole thing has caused me much consternation. So now, if you don’t mind, could you put yourself in my Toms for a minute or two and help me as I struggle with making the decision that underlies everything else. To go or not to go? Because, it seems to me, this really is the most important question of all.