This is Not a Resolution 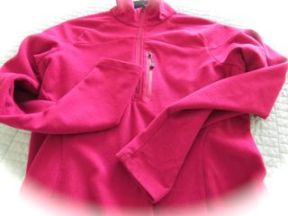 Most of you know by now that, other than having a penchant for the “Top 10” of anything, I don’t really make lists. There are no resolutions at the start of the year; nothing in my bucket; and certainly no promises I can’t keep. Having said that, I am always open and ready for suggestions that just might make my life a tiny bit better than it already is. Not that it isn’t great. I mean, here I am in one of the most beautiful places in the United States of America spending my days sipping on a “grande” and evenings watching the sun sink into a sea of remarkably vivid yellows, reds and oranges. But every once in a while something happens that makes me want to change things up a little. And that’s what happened just the other day.

Big surprise. I’m sitting on the patio of my local Starbucks working hard at listening to the interesting conversations going on around me, at least the ones that are taking place between people. Because something I may not have mentioned is that there are a lot of dogs here at the beach and most of them appear to be very close to their humans. So close that for some reason unbeknownst to me (I share my home with a cat, which we all know is a horse of a different colour), the humans here seem to believe their dogs have an excellent command of the English language, and so they talk to them. In full sentences. And sometimes, when you’re listening in on other people’s conversations, that gets just a little confusing. Although none of this has anything to do with my life changing experience because on this day there were no interesting conversations. There was only a very cute little girl.

Let’s face it, with a few exceptions, kids in general are pretty cute. I see lots of them everyday and, other than the ones that live in my house, they normally have little to no impact on my life. But this little girl with her shiny jet black, silky locks, was different. It wasn’t because she was able to amuse herself playing a lonesome game of hide and seek while her parents chatted away at their table. Nor that she was exceedingly well behaved as she patiently waited for them to finish their afternoon delights. There was nothing remarkable about that. Nope. What made this little girl stand out from all others was her extraordinary sense of fashion reflected in her outfit which I am pretty sure she alone was responsible for putting together. Here’s what she wore. To protect herself from getting a chill she donned a purple, leopard patterned, down vest. She sported this over a red striped jersey dress and for added warmth, a pair of apple green leggings. To complete this ensemble she chose a pair of pink striped socks and blue canvas shoes. Although looking very “couture” not one item in this collection of designer duds matched. And she looked perfect.

I’ve said it before so I suppose I’m saying it again. I’m no fashionista but if there’s one thing I know about, it’s matching which, I get, is not all that difficult when your wardrobe consists primarily of black t-shirts and skinny blue jeans. But I do get “dressed” every once in a while and when that happens you can bet your bottom dollar there will be no conflicting colours or patterns to jar the eye on my 5’2” frame. Although my shoes may not always match my purse, mostly because I get up late and who has time to make the transfer of goods from one bag to another, you can be pretty sure they will at least coordinate with whatever else is on my body. Listen, you’re talking to a girl who has 15 watches in a variety of colours, and north of 30 belts so there’s a pretty good chance that those accessories are going to harmonize. I mean how could they not? And while many would say this propensity to coordinate is a “good thing” I cringe just a little as I recall my latest conversation with my hairdresser when, in her attempt to complement, referred to my style as “matchy, matchy”. Translation: “boring, boring”.

Which is why I was so inspired by that little girl on the Starbucks patio that, while not making an actual “resolution” I have decided to change my ways. Of course this is easier said than done as my predilection for dressing in complementary tones is rather ingrained in my being.  Don’t get me wrong. It’s not like “everything” I wear matches. I mean I have been known to arrive at work with one navy and one black sock but that’s usually because I have put them on in the dark and who couldn’t make that mistake. And I do have a pair of shoes that are designed to be mismatched (the left is different than the right) but maybe that doesn’t count since they actually are a matching pair. Nonetheless, I am painfully aware that to fully meet my goal I’m going to have to put in more than a modicum of effort but there’s always a first step to be taken and I have taken mine. Yesterday, as I got ready for my daily walk on beach, against what was heretofore my better judgement, I chose from my otherwise monochromatic wardrobe, an orange “t” topped by a rather shocking pink fleece. And without a second glance in the mirror, out the door I went in all my unmatched glory.

Now I know what you’re thinking and to put any of your doubts to rest, the answer is yes, as unlikely as it may seem, I really do own a pink fleece.

2 thoughts on “This is Not a Resolution”